Economist and Director of the Global Migration Center 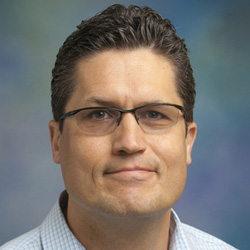 Giovanni Peri is Professor of Economics at the University of California, Davis, where he also founded and directs the Global Migration Center, “a critical hub for the translation of research into policy advice, action and support of immigrant communities.”

He is, next to George Borjas, the most widely cited economist on immigration issues — and the two men often have diametrically opposed viewpoints. Where Borjas has developed a reputation for highlighting some of the challenges that a growing immigrant population might pose for the U.S. economy, Peri is the most prominent champion for the positive effects that immigrants have on the domestic economy.

In broad strokes, Peri’s data collection and research point to links between immigration and economic success. He has asserted that wages and employment density of U.S.-born workers are systematically higher in cities with more immigrants and higher immigrant diversity. Working with the economist Gianmarco Ottaviano, Peri completed research in 2005 suggesting that U.S. citizens residing in metropolitan areas with increasing numbers of immigrants experience substantial growth not only in wages, but also in housing values. In his most cited paper, also with Gianmarco Ottaviano, he finds that the inflow of immigrants left unchanged or increased the wages of most American workers.

Writing for the Journal of Policy Analysis and Management in December of 2019,
Peri asserted, that in order to “balance and rationalize immigration … the first step is to find a path toward regularization for the majority of the 11 million undocumented immigrants currently working in the U.S.” Peri argues that this would allow these individuals to emerge from the shadows, achieving better wages and becoming more productive.

In the paper Peri also emphasizes that this is just a first step toward meeting the labor demands of the American economy, which requires increasing the number of immigrants allowed into the country every year because of an aging and shrinking native workforce. Peri suggests increasing the number of immigrants admitted annually to something more like 1 million, acknowledging that there are initial costs in doing so, such as creating “labor market competition for some specific groups of native workers, and from the crowding of some local public facilities such as schools.” But, Peri writes, such a move would benefit the immigrants and “those companies currently employing them at the border of legality.” Beyond this initial move, Peri argues that “we should next introduce a visa program, similar to the H1B, for workers with no college degree, and also expand the H1B visa program itself. These visa programs should … be renewable for a few years and, eventually, if the employer is willing to sponsor the worker, be convertible to a green card.”