Professor of Economics at Harvard University 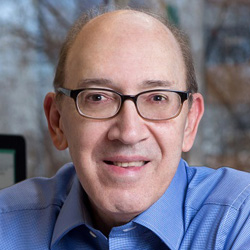 Dr. George J. Borjas is the rare academic who questions the positive effects of immigration on the economy. In 2017, when 1,470 leading economists signed off on a letter to President Trump and congressional leaders, entreating them to see the value that immigrants bring to the U.S. economy, Borjas — a professor of economics at the Harvard Kennedy School since 1995 — was not among the signatories.

Called “America’s leading immigration economist” by Bloomberg News, Borjas’s work largely focuses on immigration’s impact on wages of American workers. His most notable work on the subject is a 2017 study suggesting that the Mariel boatlift, which brought tens of thousands of Cubans to south Florida, played a major role in depressing wages for native-born Miamians.

An immigrant himself who came to the U.S. as a child fleeing Fidel Castro’s Cuba, Borjas rejects the charge that his conservative economic viewpoint makes him xenophobic and worries that his peers often feel pressure to be pro-immigration regardless of the data in front of them. As he told Peter Beinart in an Atlantic cover story about immigration policy’s “inconvenient truths,” there’s “a lot of self-censorship among young social scientists.”

In one blog post, Borjas wrote that “there is something uniquely historic and extraordinary about the United States having offered hope to the ‘tired and the poor’ from other countries for so long. And I, for one, would like to see this continue. But the continuation of this policy requires that the number of low-skill immigrants be set in a responsible fashion. Low-skill immigration cannot be allowed to create sizable — and uncompensated — dislocations in the economic opportunities of low-skill Americans.”