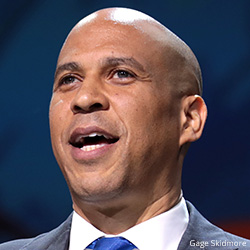 Despite his early departure from the 2020 presidential race, U.S. Senator Cory Booker remains a very popular figure in the Democratic Party. Add to that his position on the Senate Subcommittee for Border Security and Immigration and Booker is an influential voice in the national conversation on immigration policy.