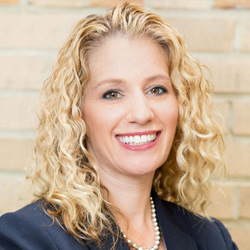 Beth Werlin heads the American Immigration Council (AIC), a think tank that “believes that immigrants are part of our national fabric, bringing energy and skills that benefit all Americans.”

Werlin, who earned her J.D. from Boston College, joined AIC’s legal team in 2001. She served in that capacity for 15 years before being named executive director in 2016. Under Werlin’s leadership, AIC has been a prominent player in strategic lawsuits that advance its pro-immigration policy objectives, such as suing the federal government to obtain fast asylum hearings. AIC also sponsors foreign applicants seeking to gain entry into the U.S. for internships or employment, and produces research that, among other things, argues that legal status for undocumented residents would bring economic benefits to the U.S.

One report suggested that if legal status were granted to the undocumented population, it would generate higher personal income and consumer spending in three years — enough to “support 750,000–900,000 jobs in the United States — as well as increased tax revenue of $4.5–$5.4 billion.”

In a roundtable discussion hosted by the Smithsonian Institution, Werlin said, “Our world has changed, technology has changed our world, we’re much more interdependent upon activities going on in other countries. I look at that, particularly in how we approach the laws and policies around bringing in entrepreneurs and new business to our country, people have other options now. Companies can move from country to country in ways that they couldn’t before. To the extent we were a place that people came to bring ideas, there’s other places to bring ideas today too, and that’s an important thing to remember. We want to continue to be competitive. We value that diversity of opinion, the innovation that newcomers bring to our country. I don’t want to see us lose any of that energy. That’s something that in this changing technology-driven world is a potential if we’re not on top of it.”